Around a week ago JAC told me about his buddy who claimed that the Titan isn't built heavy enough. A couple days later I drove it up on my ramps to change the oil. 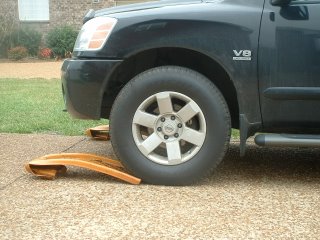 Then I backed it up.

Then I went bought new ramps.