Why do we drink?

We drink because candidates run for election saying things like "Only Congress can declare war!"  then win... and turn around and start bombing people without going through congress first.

A: Bookers.  SEC opener.  No brainer.

T:  backwoods smokes believe it or not.

Conspiracy: As Sure as Kilimanjaro Rises Like Olympus Above the Serengeti

I am a Blackberry guy.  This is known.  Unlike Android Guys or iphone People...  We Blackberry guys tend to follow things a little more closely.  And I want to take a moment to show a very interesting coincidence.

Before that though... a sit rep.

Right now most of you know the Blackberry is having trouble.  They've had year after year of bad news followed by bad news.  Outdated products... terrible reviews... terrible press... stocks have plummeted and every quarter it seems its always more bad news.

US sales went into the toilet... and have only moderately recovered with the new BB10 phones.  In fact the latest is... that the Q10 isn't selling at all and yet again... we have news stories out saying Blackberry is doomed.  Now this is odd... because the BB10 phones like the Z10 are actually out-selling Samsung's Galaxy phones and iphones in europe, particularly France and Germany.  BB10 has also had really strong showings in Africa and in the UK and obviously Canada.

The outlier is the US.

So have you ever heard of Prism?  You know the thing that Snowden guy was all in a huff about that those crazy libertarians post angry rants about on Facebook?   Well it turns out that PRISM was created by the Foreign Intelligence Surveillance Act of 1978 Amendments Act of 2008.  Take a moment and read up a little on that.

Now... lets get back to Blackberry... or if we go back to 2008... RIM.   RIM had a really good 2007.  The company was growing... products were being released and selling well.  They even had a big 3-1 stock split.  I need to point this out because you probably don't remember that RIM was ever anything but a failure.  They've been getting beat up in the press and on the stock market for so long... I'm pretty sure most of you think its just always been that way.  It hasn't.  In fact... there was a radical change.

Let's go back to Prism so I can tie all this together.  You all know what PRISM does.  It gives the NSA access to online activity.  Well it turns out pretty much everyone went along with the whole PRISM scheme...   except RIM.

RIM said no.  Blackberry security would not be sacrificed for PRISM.

Remember that date from earlier?

What I am suggesting is straight up retaliatory market manipulation by the US government.  I believe RIMM refused to play by the US Government's rules... and the US Government effectively declared war on RIMM.   For a long time I've wondered about the disconnect between the product in my hand and perception of the product among the general public.  When I was using my Torch 2 had found that people would be shocked to learn that it could surf the web at all.  Recently the CEO of yahoo even said that Blackberry's weren't even smartphones.

And why, if those perceptions are accurate, are these useless non-smart phones selling so much better over-seas than they do here in America?

One must conclude that either one of the most innovative and respected tech giants in the world turned totally incompetent and everyone realized it at the same time...

or...  Something else happened.

There is the Christian Nice Guy named Nate Pyle.   I had never heard of him until he wrote this glorious piece of bullshit and it started getting shared all over social media.

I encourage you to read the whole thing.  Seriously.  Now if you can stomach it... read the comments.

Pay particular attention to the women suggesting that he gave his advice to late... and he should have taught his son to NEVER look at women ever.  No matter what.

So the next time you hear a woman say there are no good men in church... think of Nate Pyle.  Eunuchs like him are to blame.

This notion that noticing how a woman looks or how she is dressed is somehow reducing her to less than human is pure feminist bovine ejectus.  Its is feminist of bovine ejectus of the highest order.  But it is useful at least.

Remember... Feminism is the Politics of Ugly Women.

Thus... it makes perfect sense that they should strive to make sure no one notices that...  well... they are ugly.

I would recommend having the exact conversation that Nate Pyle suggests...   that is assuming you want to make sure your son never actually gets a date.

So we're without Six tonight so I thought I'd have our buddy Josh help me out while we covered our first annual ATF Football Preview.  We'll be covering both NCAA and NFL football.   Call in and talk smack and make your predictions about your team... my team... or rant about that team that sucks... like Ohio State...    Expect us cover everything from Heisman talk to uniforms to Coaches on the hotseat... as well as make our predictions for there.

T: Makers Mark cigars.   Holy crap are these good.  No artificial flavoring either.  All the dude does is age them in bourbon barrels.

Technical problems with Blogtalk Radio are becoming more and more common.  I apologize for the show last night.  Somehow BTR dropped my skype call... so that's the dead space at the begining of the show.  As if that's not bad enough... apparently after I killed the show.. the mic stayed hot and basically recorded another like hour... even though I ended the episode.

I'm not going to kill the show or anything.  Its just frustrating and a little embarrassing.  I mean I embrace the whole "unprofessional radio guys" thing.  It gives the show that "ya never know what might happen" kind of vibe.  But this was to much for my taste.

So sorry man.  I'll be finding someone at BTR to chew out so we can get back to laughing at our own jokes, eating on air, and generally being offensive.
Posted by Nate at 7:27 AM 8 comments:

That's right kids.  JamieR his own bad self.  Expect a lively gun debate as Jamie is a traditional Aussie and there for has no testicals what-so-ever.  Expect him to make brilliant arguments like... "Well crime only happens to you if you're involved in drugs and stuff."

T:  I haven't smoked today dammit.  I have to do better.

Also listen up.  If you want to skype into the show all you have to do is create a listener account.  Go here and create the account then sign in and go to the show page.   When the show goes live a skype icon will appear on the page and if you click it you will be able to skype into the guest que.

Because we're awesome like that.
Posted by Nate at 5:45 PM 36 comments:

Another One Bites the Dust

And so we see yet another blogger whores themselves out at the first chance of left media attention.  Ladies and Gentlemen... Hooking up Smart has been reduced to Jezebel.

Oh I mean it was never a great beacon of light anyway.  So, its not like its a great loss.  But the process does provide a teaching moment... an example if you will.  We see it in conservatives as they head off to washington and immediately transform into liberals.  We see it in media personalities...  I mean does anyone else remember when Ariana Huffington was actually a conservative?

And now we see it here... with what was once basically an anti-feminist blog...  and is now...  well...  just embarrassing itself.

Its Different When Liberals Do It!

Turns out Rodeo clowns have been using presidential dummies for decades.  But see... its not disrespectful when the democrats do it.  Its only "EVIL!!!!"  when it happens to democrats.

This is the problem with conservatives.  See conservatives actually do respect the office.  Democrats don't.  So when the democrats scream, "RESPECT THE OFFICE!!" conservatives go along with it.  But when its time for the Dems to return the favor... it never happens.  And the conservatives just smile and take it... because responding would be "beneathe the office".

Today... I was annointed with a new title by my eldest son.

For I am Nate!

ATF: An Ode to Motorrad

Well obviously we're back... Hope you've enjoyed the pics from the trip.  Needless to say it was a big time.  We stuffed ourselves obviously... We ended up hitting Mississippi, Tennessee, Alabama, Arkansas, Missouri, Iowa, Kansas, Nebraska, South Dakota, Wyoming, and Kentucky

The word Epic gets thrown around a lot these days... but in this case I don't think its hyperbole.

A: Bookers.  Celebrations call for the best

I thought I would post a few pics to get you fired up for the show tonight.  Obviously the whole show will pretty much be one long ride report.  Man do I have stories.... 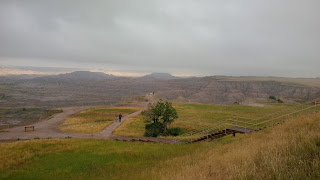 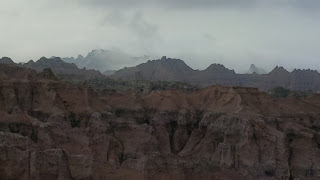 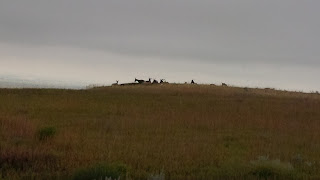 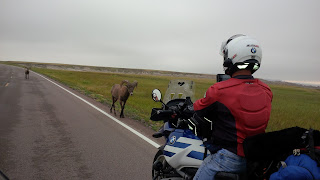 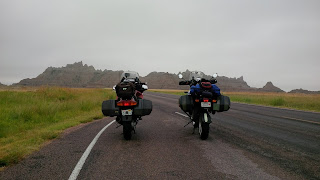 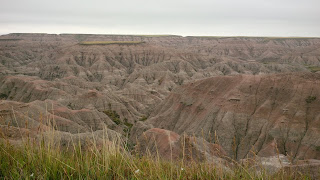 So we're rolling down I 29 blowing past more cruiser fags than should ever be on the road... When we notice in our mirrors there are 4 harleys in formation bearing down on us.  This was... Amusing.

They were really pushing so we let them go on by and pulled in right behind.  We immediately noticed that they started checking their 6 to see if they could slow down.  They really didn't want to be riding that fast.  We pushed a little harder.

Suddenly the front rider peels out to the center line and starts looking down at his bike.

White smoke pours out of his tail pipe and oil spills out all over the road.

He blew his motor right in front of us.

Sad day for the Sons of Silence.  Pretty fun day for us though. Time to put the RT on the big road and let her roll.  JAC and I are headed out this morning.  I'll be meeting him later in Tupelo probably.  From there... its either west through Texas and then north through Colorado to Wyoming to the Badlands.. or east through the North Georgia mountains and south to Keys.

I don't know where we're going.

I don't know when we'll be back.

The ATF show is off for at least this week.  Watch the blog though as I will try to put up audio blogs from the road when I can.