We need some help. JAC and I just can't seem to see eye-to-eye on this. We're at odds over whiskey and firearms.

Here's what we agree on: We're riding dirt roads through backwoods arkansas. We're camping. We'll be in some hard hard country. There are bear and pigs in Arkansas. 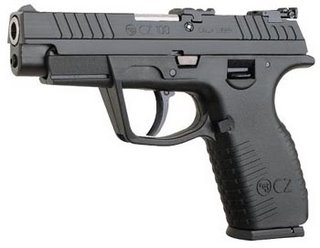 JAC says travel light and fast. Firearms need to be small and easy to carry. He's bringing his gay 9mm with about 4 spare rolls of those little red sulfer caps that it fires. 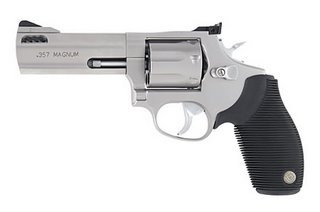 mean much to pigs and bears. My standard trail gun, the Taurus .357 tracker is just the thing. And of course the Steyr would be coming as well. That's 7 shots of .357 hard ball, followed by a New York reload and 11 shots of some nasty fragmenting 165 grain rounds in .40.

More is more says I. What say you?

On the whiskey front... JAC is thinking the finer stuff is the way to go. More of an indulgence than a drink. I'm thinking there is something bizarre about Bookers from a flask on a dirt trail in Arkansas. Dirt trails in Arkansas say Jack. Not Bookers. Plus... we're roughin' it. Fine whiskey is not for roughin' it! We should be drinkin' shine dammit!