Tales for the Hammock 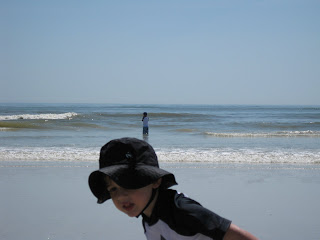 It is my sincerest hope that this particular visti to my blog finds you well. If you are not surfing the web from a hammock with a tastey beverage in your hand... then by all means take the time to rememdy that situation.
As for us... well... you can see we're doing well. The boys are pirates at heart. Just like their father. And thus whenever we find ourselves at the beach they'll spend literally hours just standing in water letting the waves pound them... and giggling while the sand rushes out from underneath their feet. 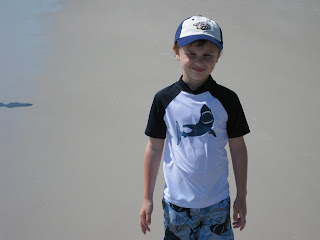 Its definately a bit of a stretch to call this camping.... I mean... a 40 foot RV with solid surface counters with more square feet than the average new yorker's apartment can't really be called roughing it.
Now for those wondering its mid-80s around here... but the sun is beating down like Mjolnir itself. 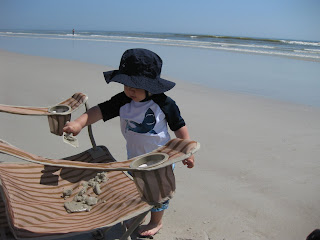 We'll be doing some of the touristy stuff later on in the week. For those of you that don't know St Augustine is considered the oldest city in America. The first Mass was held here. Also... the real Ripley's Believe it or Not Museum is here. The ones you see elsewhere are just copies. The real stuff is on display here.
Of course... something's stay constant even on vacation. For example someone is still always laying traps for daddy. 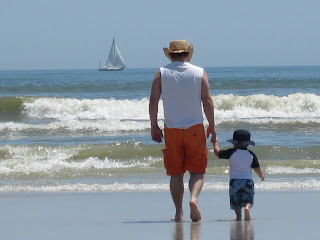