A: We're drinking Stella.  Because stella is freaking awesome.  I don't care if you think stella is not awesome.  Except to cast aspersions your way and suggest that your tastes are clearly suspect.  Later we're moving on to 46...  but for now... sweet Stella.

T:  I have no idea.  I am seriously considering cutting a plug off this twist that's been soaking in bookers for the last 3 months.  Because copenhagen is sugar dipped shit for women and boys.

F:   Winchester Defender... Mossberg Persuader... and a Remington 870.  Just in case.  I think I favor the mossberg.

I dunno about the show tonight.  Six is out... and I have a ton going on too... May just be blogging.

It occurs to me that I do have a story though.   So...  I'm in subway in wal-mart.  There is this old timer in their berating the millennial sandwich artist.

"I want a hamburger.  what do you mean  you don't sell hamburgers?"

Confused millennial is confused.  he stares at the old man... and blinks... and stutters something that might have been "subway".  Old man is not impressed.

"Subwhat?  Son this is wal-mart.  I came to wal-mart.  It says walmart on the big blue sign outside."

Confused millennial is looking around for help at this point...  he looks up at the menu over his head and mumbles "we have salads."

Old man is still not impressed.

"This is america son.  We eat hamburgers and cheeseburgers."

At this point the old man shook his head in disgust and just walked away.


And so...  You win Today...  Old Man berating the millennial sandwich artist.  because 'murcia.

Also... I've decided we need a sound track.  I will also take requests in the comments.

~Who The Hell I Am by Trent Tomlinson~

I love the taste of old whiskey

on a new woman's lips

and if she's got bad intentions

well that's as good as it gets.

The fact that Trent Tomlinson doesn't own country music is possibly the most damning evidence against Nashville there is.
Posted by Nate at 6:11 PM 29 comments:

Someone asked where the real country music is.

Yes.  Yes we ARE doing the show tonight.  Dammit.

Enough slackin' off.  Time to get down to business.  We've wrapped up deer season... and Six has hopefully wrapped up whatever gay hippy shit he's been into.

Belly up to the bar kids.  time to rock and roll

A: Bookers.  Because Bookers.

That's what you can call me from now on.

Because apparently I am useless these days.

Actually its Six's fault.  He's off doing some hippy shit and I am totally not up for doing this shit alone.  Plus I may have... prepped... a little to hard.  Not to mention my wife as been dropping some hints here and there.

JT asks:  Loved the blues discussion on the show last week. What do you think of the Rolling Stones?


My opinion on the Rolling Stones? 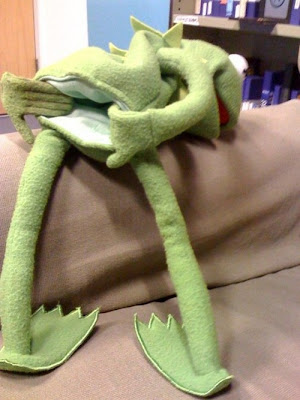 Things that make you go...

So apparently in the last few days we've had three bankers turn up dead.  I mean sure it could be a coincidence.  I would just point out that the Coincidence Theory of History isn't nearly was well regarded as some others.


As Bloomberg reports, following the deaths of a JPMorgan senior manager (Tuesday) and a Deutsche Bank executive (Sunday), Russell Investments' Chief Economist (and former Fed economist) Mike Dueker was found dead at the side of a highway in Washington State. Police said the death appeared to be a suicide.

Dueker was reported missing on Jan. 29, and a group of friends had been searching for him along with law enforcement. Troyer said Dueker was having problems at work, without elaborating.


Well... found by the side of the highway.  That doesn't seem suspicious at all.

Something to keep an eye on kids.