God this was the fastest week of my life.  I can't believe its ATF time again.

I've been show prepping since about 4pm... so it should be a good one.

F: Ruger Amphibian.   Look it up.  I dare you.  No not you Underwater Operative.  You already know.

Title says it all don't it?   see it was my wife's birthday this week and being the fine husband that I am... I got her a Beretta Silver Pigeon S.  That's a fancy over under shotgun for them what don't know.

So we spent the even with our closest friends.  I honestly cannot possibly complain.

A:  Octoberfest and later.. Russel's Reserve.

F:  Obviously the beretta mentioned above... and also a sweet little CZ 920.  Autoloader in 20 guage.  Just a pleasure to shoot.  Not like the Silver Pigeon... which is more like.. shooting your fantasy.

Stick with it to the end boys.  If you have never heard this... trust ol' Nate.  Pay attention to the story.
Posted by Nate at 3:38 PM 9 comments:

Well its that time again...  you can expect some syria talk.... and I'm sure we'll be mocking Obama... and pretty much everyone else too...

T:  Saving my smokes until after Bama smokes Texas A&M.

Also...  please take a look at these two morons.   Honestly... if you shoot this bad... you suck.  You suck so bad you should in fact give your firearms to someone who doesn't suck.  I hate possums... but the idiocy in this video makes me want to kill these two pieces of shit.
Posted by Nate at 6:14 PM 21 comments: 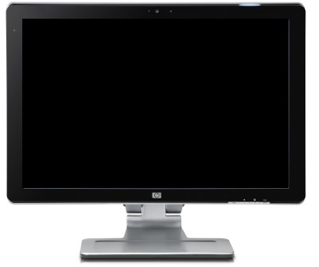 Syria, Russia, and a Championship Belt

I know this blog hasn't been the most serious place to find news analysis in the last few years.  That's because I believe when you have nothing to say you should stubbornly refuse to say it.

I've got something to say today though...


Do you know what just happened in Syria?

The Syrian civil war has raged for years and has cost over 100,000 lives.  I would argue that its not actually a civil war at all.  I would argue that its actually World War III... but that is the subject for another post.  Over the last year or so the United States has been ramping up its war machine.  Some factions within the US have been pressuring the US to invade Syria.  Some external pressure has come seeking the same thing.

All of this culminates with the supposed chemical attacks by the rebels... I mean Assad Regime... and now the US has the excuse its been looking for.  Team America: World Police to the rescue!  Obama and America are going to ride in and save the day!  They are going to rid the world of those evil chemical weapons!  Fire up the Carrier fleet boys!  Its time to chew gum or kick ass... and we're all out of gum!

Everything was going exactly as planned until Putin shoved a whole pack of Big League Chew into Obama's face and told him to go to his room while the grown ups talked.

Then a funny thing happened.   Obama did what he was told.  America is backing down.

Russia accomplished this in two ways.  First they called for calm...  Then they sent their most advanced anti-ship missile systems to Syria.  Note...  not anti-aircraft.   Anti-ship.   That's a big difference.  They aren't talking about shooting down some planes.  They're talking about doing real damage to the US's ability to project power.  Walk softly... carry a big stick.  This should look familiar.  Its the kind of thing America used to do.

After sending those missiles to Syria Russia then rounded up the G20 and effectively made sure they were all in its pocket.  Russia called for more information.  It asserted that the matter had to go before the UN Security Council and that the US threats were unacceptable.

See the US likes to use the UN for cover when it wants to invade a given country... but the US also likes to ignore the UN when the UN doesn't want to play along.   Russia has asserted that the US has no authority to play that game anymore.  Russia is calling the US bluff... and the US so far... appears to be folding.

September of 2013 was the end of the United State's World Super Power Championship Reign.

Russia is the calm cool adult in the room.  Russia is calling the shots and the world is listening.  For decades the context of every world crisis was "How will the United States respond to this?"  Russia has changed that now.

Ok so theoretically we have a show that goes live at 9pm central.  Of course the last few times we've tried it have been a total trainwreck for around the first ten minutes because of either Blogtalk... or skype... or both.

So tune in anyway because... I mean honestly you just never know what could happen.  I could be there... or not.  Or Six could be there all alone or hell... everything could go fine.

its the proverbial box of chocolates...  except it may suck.  Ya never know.


Anyway screw it... its friday.. World War III is about to kick into high gear... the student loan bubble is starting to burst... and wal-mart employees want 25 bucks an hour.

And you wonder why we drink?

F: Shotguns kids!  We're talking shotguns and deer rifles.  What was your first deer rifle?  or what did you take your first deer with?  Do you shoot trap or clays?  Pheasants?  Double gun or Semi auto?  Me?  Beretta 626.

Here's the link... for what its worth.


That face sure looks familiar doesn't it?
Posted by Nate at 7:48 AM 10 comments:

Ok kids... Who are your favorite video game characters of all time?  I'll kick things off with a few of mine and some appropriate quotes of there's or about them.

5. Sam Fisher, Splinter Cell  ***after watching a man commit sepuku*** "I think someone is taking himself a little to seriously."

Springfield has a recall up onsome 9mm and .45acp XD-S pistols.  XD and XD-M pistols are not effected.

Basically they are worried about accidental discharges.  There is a lot of info here.

Check your serial numbers and let me know if you have one and you're effected.