Most of our friendship... I only knew him as Aardvark..  a hilarious commenter at Vox's blog that made t-shirts for a living.  I considered him a friend for over 20 years.

In 2002 when I lived in WV a package showed up at my house...  when I opened it I found a t-shirt with a picture of Che Guererra's death face...  and the words "Happiness is a Dead Commie" written above it.  Aardvark sent me that.

A couple years later it was another shirt... with a stylized picture of Che... and the caption said "douCHEbag"

God love Aardvark.  I knew him and his sons... and I loved them all.

I had never met Aardvark in person but over the last few years we had interacted more over social media.  When we had a giant get-together at my place this year.. I was horrified when I learned that he wasn't planning on coming.... because due to those interactions... he worried that I didn't like him.

Aardvark was a kind old man.. and due to some previous experiences, he had kind of a soft heart.  Thankfully he did come and I did get to meet him... and I hugged him and I told him I loved him.

We lost Aardvark recently.   The world is dimmer.

But as all things...  this loss is temporary.  We will be with our brother again in time.  Death has no real sting.

But sometimes loss does...  even temporary loss.

We will honor your memory...  you were OG Dread Ilk. 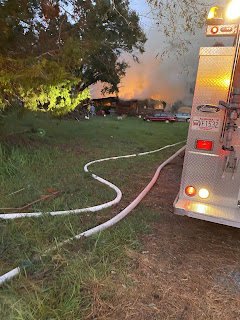 Hey.. so first of all sorry about missing Friday night.   I am serious about restarting the ATF show.  I just had no voice on Friday night.  We ended up taking our kids and DJ's girls to a theme park nearby and instead of spending a couple hours like we anticipated... we had the time of our lives and were there all day.  That said..  there will be ATF shows on a far more regular basis henceforth.    Now...  on to the post.

I'm not a golf person.  That said I appreciate excellence in just about anything.  The Masters is the one golf event that I will actually put on the television and enjoy.  Granted I don't actually watch it.  I consider it to be the absolute best background television option of the year.  Think about it.  Background tv can be really nice...  much like background music can be really nice.  The Masters... watched in such a way is perfect.  Its mostly shots of beautiful scenery and relatively smart people making calm soft comments that you don't actually have to listen to.  So if you're at work or working on something.. you can turn on The Masters and it will sort of make whatever you're actually doing a little better.  My primary complaint this year was that there weren't enough shots of pretty girls in sundresses.  All people love women in sundresses.  and no... I am not saying that there has never been a claim against sundresses.  I'm saying that those who would make such a claim are likely not people.

Imagine my irritation however to have my favorite background tv interrupted by... something interesting.

It started as a mere distraction.  Tiger is playing well.  For a guy my age... Tiger was a phenom almost on par in terms of dominance as Tyson was.  Now Tiger didn't make Golf an absolute must see event every time he played the way Mike Tyson did with Boxing.  But we got very used to seeing the man do utterly insane things on sportscenter… back when ESPN actually broadcast sports.

But that all ended way back in 2005... oh he won a major here and all the way up until 2011 but he was not utterly dominant the way he had been.  The game caught up to him... and his own bizarre fitness obsession destroyed his body.

And that's what made Sunday so fantastic.  If there is a professional athlete that has overcome more than Tiger to get back on top... I cannot think of who that is.

If you cannot appreciate that something is broken inside you.
Posted by Nate at 5:00 AM 26 comments:

Did you see this retardery?    They are inserting human genes into monkeys to make them smarter.  I have but one response to this stupidity.

DIDN'T YOU SEE THE MOVIES?

HOW MANY MOVIES DO WE HAVE TO MAKE?

We're getting the band back together!

Me and Six will be doing the ATF Show this Friday night... 9pm God's Time... or Central Standard Time to some of you.

Hopefully having a little heads up will make it easier for y'all to catch the show.
Posted by Nate at 10:44 AM 8 comments:

Nationalism is Not a Passing Fad

I know its hard to believe... but apparently Bill Kristol still has a job.  I mean its heartening to know that someone can be as consistently wrong about everything for 20 years... like Bill Kristol has... and still be able to find gainful employment.

I suppose the same thing could be said for the National Review.

I know that Bill still has a job because I came across that piece that he wrote asserting that nationalism was just a passing fad and it would be forgotten soon.  In the immortal words of Donald Trump...   WRONG.

Nationalism is not a fad.  Globalsim is.  Nationalism is human nature and has been the default setting for humans since... oh... forever.

Not only is it not going away... its spreading.  Consider this...   how many of you were aware that Mongolia had a Metal Band that wrote overtly nationalist music?

well...  now you do.   and of course... if you're like me... you're probably thinking that mongols singing and chanting like this is probably not great news for eastern Europe.  Still it is without question nationalist.  And people love it.

Not good enough?  How about some German nationalism?  Remember Rammstein?  Remember the song "Amerika"?

Kristol is a moron.  Globalism as hurt everyone.  Rammstein saw globalism as the amerification of their nation.  The Hu see something similar and that's clear in their music as well.

That is because people are rejecting the globalist lies and returning to their default setting.

Well believe it or not... this thing still exists.

Grab a libation...grab some smoke...  and kick off your shoes and stay a while.  You've been missed.

if you want to call in... and you should.. because this is gonna be damn hard...  the number is:


follow the link... there is a cool picture slide show to ogle while we jabber
Posted by Nate at 5:59 PM 20 comments: