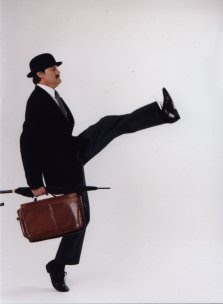 A subject was heavy on my mind for time... Someone I have a relationship with is deeply involved in teaching Christianity internationally. Mostly in South America but recently she taught in Tailand. When I spoke to her after that trip to Asia... she was both encouraged and deeply sad. She saw miraclulous things... but she faced some challenges in forms she didn't expect... at least not to the degree they were presented.

One of these challenges was not a lack of belief... but the belief and worship of other gods.

Now this isn't a problem we westerns deal with much. If you believe, then you are either a Christian, Muslim, or Jew... that's really about it. We don't find ourselves debating much with each other about God.

Instead we find ourselves debating with atheists, not about which god is the true creater, but if there is a creater at all. A popular atheist debate tactic is to point out that different regions of the world worship different gods... therefore they conclude that all of them must be false.

Now this is sort of the long way around the barn but it occured to me that the questions are actually the same, and should be dealt with the same way.

***Warning: God and I did not have breakfast together this morning. He didn't tell me this over bacon and eggs. While I pray that these words glorify God... I do not claim divine infallibility here. Proceed with caution.***

So why are there these regional gods? Well... the short answer is... we're not the only ones here that are being judged. Job mentions a council meeting in Heaven... attended even by Satan. What was this meeting? Well... I suggest that it was a meeting of Principalites and Powers called by God.

See... God sent out these Principalities and Powers to govern various areas of the earth. They were to defend the weak... help the poor... and do God's will. God also makes it clear that these beings will be judged just as we will.

So how did we end up with all these regional gods worshipped throughout the world? Well.. because God put them there... and they gave in to temptation and allowed themselves to be worshipped in God's stead.

So who is the Great Spirit worshipped by the American Indians? He was a principality created by God and sent to watch over North America.

Who is Allah? In short... if not Satan himself... he's just another principality. Perhaps more clever and more powerful than most... but nothing before the might of God.

Ah... but why have all of these beings failed? Why are all of them being worshipped? I don't know but I know the Bible speaks of God reading them the riot act for being such abyssmal failures... which is how we know they'll be judged.

Think of the bizarre behavior of these so-called "gods". Tell me this doesn't make all the sense in the world.

Now this is basic stuff. .. sunday school stuff. But then I am reminded... Sunday School stuff is rarely taught in Sunday School anymore. Now days Sunday School is a means to insure that Christianity is a Church of eunuchs.
Posted by Nate at 4:54 AM No comments:

We're in the Christmas Spirit

Just watch... trust me. And note the VIP in the audiance. 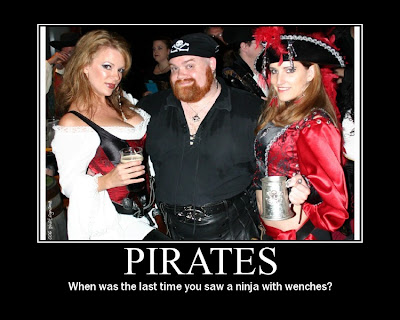 And there goes the record

Understand... this is not some Internet record... this is the all-time record by any means necessary record. This includes those days when people like Mitt Romney donate 10 million to themselves. Ok obviously 10 million is more than 6 million... but a self donation isn't a contribution... so quit your bitchin'.

If Hillary or Obama or Giuliani did this... it would be front page news everywhere you looked. Ron Paul did it... so tomorrow no one will know.
Posted by Nate at 9:44 PM No comments:

I've maintained that the one with the most money will win any given election... not necessarily because of corruption but because donations are an excellent indicator of support.

The polls are wrong folks. In a few days... everyone will see that.
Posted by Nate at 7:37 PM No comments: So if she weighs the same as a duck... 
I sincerely recommend camping. Right now. Stop what you're doing and go buy an RV. Grab the wife and kids and get the hell away. As for us... we'll be back.

Its a cold rainy Dismember day... we've got a fire going... popcorn... a case of capri sun... RC and vicaden for Dad... piled into the recliner watchin Rudolph the Red Nosed Reindeer with my boys.

Now go away and leave us alone!
Posted by Nate at 1:20 PM No comments:

On the Birth of a Child

Feel free to disagree with the theology... but the ancient hebrews believed that a man's prayers could only be heard by God after he'd sired. Children were a blessed gift that came not from a choice or physical act... but from God.

I remember the morning I found out DrWho was pregnant with Jeb... I rememeber being humbled... as if a great joyous boulder had been dropped on my shoulders. It is an honour and a privilage to bear the weight.

To those whom God has so recently blessed... congratulations.
Posted by Nate at 5:45 AM No comments:

Tell me if this is normal...

At 2:00pm I had an appointment to have my wisdom teeth removed. They finished up around 3:05 or so...

At this point... shouldn't I be staggering around groggy and doped up?

Seems odd that I should be typing... walking up and down steps.

Ya know what else is odd?

Waking up before they're done.


God damned do I hate dentists... and apparently that includes oral surgeons.

I'm gonna kick someone's ass over this.
Posted by Nate at 1:39 PM No comments:

The Wii kicks ass. Seriously. I boxed so long I literally woke up sore. I've not had this much fun since our first atari.
Posted by Nate at 9:54 AM No comments:

One of the more amusing aspects of homeschooling is watching other parents complain about how easily their children cave to peer pressure. Wait... you mean you send your kids off to a prison for 8 to 10 hours a day specificly designed to segregate them by age and foster conformatiy and consumerism... and they aren't independant???

Jeb doesn't do well in classes. Mostly because he's liable to get bored and simply go off by himself and ignore them. This is well documented.

Eli though... he's just now getting to the age where fun stuff like that starts show up... like yesterday...

See we had the boys at one of those play areas that can be found in various malls. This one is bigger than average and there were lots of kids there. As usual... there was one little brat. That's a universal rule. There will always be a little brat there.. and his mother will always be yammering on a cell phone, totally oblivious to what he's doing... and then she'll have the nerve to get all pissed when a frustrated parent justifyably punches her in the face... I hate that.

So this brat... as soon as he sees Jeb... walks over and tells my son that he is not allowed to participate in their game. Jeb being Jeb looked at the boy like he was an idiot and went on to join the game. Irritated, the brat reiterated that Jeb was not allowed.

Confused... Jeb came back and asked his mother why the boy told him he couldn't play. Understand he wasn't complying. He just was legitimately curious. Heeding his mother's advice, he walked back over to the brat... got in his face... and explained that he was going to play, and that the brat was being very bad... very naughty... and that he should act better. Not satisfied with dressing down the boy... Jeb then went and dressed down his mother... who upon hearing about her child's poor behavior... laughed.

Again.. they get pissed when you punch them for this... I don't understand.

Anyway... Eli wasn't feelin' good.. but he was clearly paying attention to all this. He watched Jeb go back to lecturing the brat... who by the way was 5 years old and a good 6 inches shorter than Jeb. The Brat at this point decided to take a few swings. It was noted by almost everyone though that The Brat was being very careful to make sure that none of those swings connected.

This is where Jeb looks at The Brat like he's a bug... and Eli decides he's seen enough.

Eli hopped up and walked over to check this out. He didn't appear angry... just interested. Once he got over there though.. he immediately began punching and kicking the Brat... who tucked his tail and ran like a scalded dog from the wrathful 2 year old.

Thus ended the confrontation... excepting that for the rest of the time the Brat was there... Eli never left his side. He followed him around... watching him... as if to give him every possible opportunity to start another fight... and therefore forcing a constant state of submission in the Brat.

This was greatly amusing...

Few things are as entertaining as watching a natural born gamma male (the brat) instinctively react in fear to an alpha (jeb) and then be totally cowed by a younger, less patient alpha (eli).

I can't wait till Elkan gets to join in.
Posted by Nate at 5:55 AM No comments: