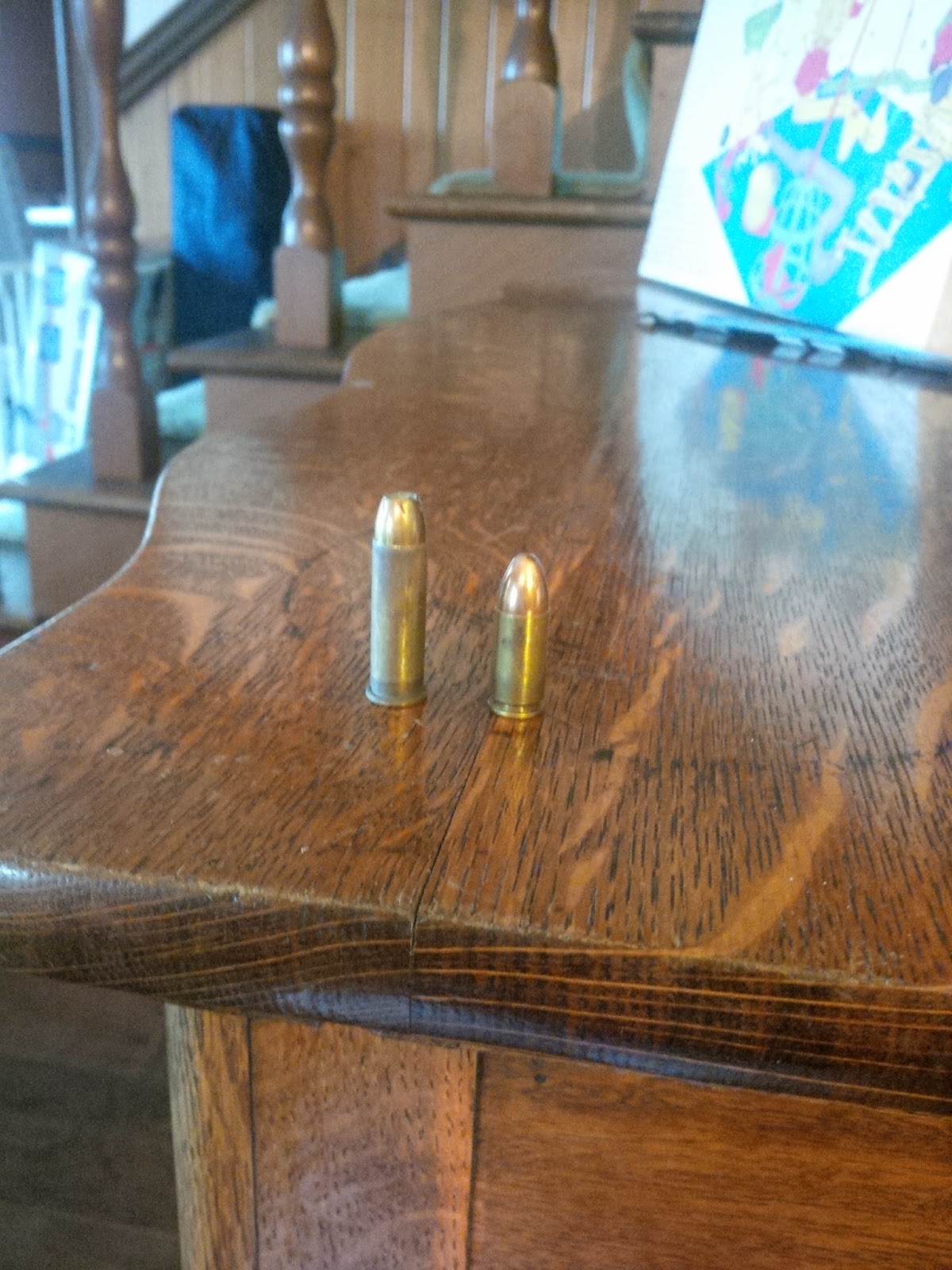 If he had made the analogy between the .45 ACP, .45 Colt, etc. it would have been a better argument.

Can't read a damned thing in here with all this dust flying around in the air, now.

Will come back when it has settled a bit.

If ya ever make it down toward the Redneck Riviera... there's a Gurkha with your name on it.

I once worked with an Army vet. He was scared of electronics because he'd been taught that "electricity never does the same thing twice and you can't predict what it'll do" No amount of reasoning could convince him other wise, nor could I use my authority over him, in this case, to make him simply shut up since this lesson was do deeply trained into him.

The important thing to remember is that anyone can be a Ranger Special Forces Sniper on the internet. The other thing to remember is he told you everything you need to know about his "expertize" when he admitted that his time in the sand box was spent watching the Marines kick ass and keeping him safe. Another big red flag I saw was his remark about semi-auto pistols only becoming reliable in the last 20 years. WTF! There weren't any reliable semi's prior to 1994? Give me a break. I've owned hand guns that are older than this "sniper".

I'm 100% on the side of calibers for handguns need to start with the number 4 debate. Here are the facts: there is place for a 9mm for self-defense. It's a very small place, but it has a place. That place isn't a general use pistol, unless you can't handle anything better. If that is the case something is better than nothing. Back in the real world, almost every male I've ever met over the age of 13 is able to handle a 40 S&W or a 45 acp. I'll give you that the 10mm kicks more sharply than the 45 acp, but I don't know of anyone who uses the 10mm. I know I haven't bother with it since 1995 and I can't say anyone else I know plays with them either.

The 9mm has a role as a concealable pocket pistol when you have no other carry options. That's it. That's the only assigned self-defense role. Other roles like plinking or whatever are hobbies. A man can have whatever hobbies and toys he likes. Call a toy a toy. Keep in mind that if you are using a 9mm as a pocket pistol, it has even less potential terminal performance than its 5 in barreled cousin, which means its only slightly hotter than a +P 380. Which is as I said before, better than nothing.

ATF in the spriti of Ferguson

A: booze yous tole while lotin' the liquor store, preferably malt liquor in a sipin sack

"in the spirit of Ferguson Missouri riots"

A: Booze you stole while looting the liquor store, preferably malt liquor in a sipping sack

F: molotov cocktail in a plastic bottle (only an idiot would use plastic, glass works much better)

Hehehe, just playin', Nate. I know how it goes when you get busy.

Ghurka sponsored a special event last night at the cigar store I frequent. I hoped to get over there before it was over, but ended up working too late. They only ever have a couple models on hand -- and never the Warlord, which both Res Ipsa and you have given the thumb's up -- so I hoped the rep would have some with him. Alas, I will just have to wait until next time.

But I do need to get down to Alabama sometime...my folks have lived there for about 5 years or so, and I still haven't been down to visit them, yet.

But, what if you want to insult a fat girl with a gun?

As in, "Darlin you look so thin and young, I bet your first boyfriend bagged you with a Nitro Express."

Where oh where can the inquisitive get the straight story for that?

Nate,
I have a question & this is the bestest way I know to ask ya.

We have a new puppy & I want to train him to do some of the patrol & alert things I've seen dogs do. Can you recommend a resource or 2 that I can use to train him?

I notice not one person acknowledged your comment over on that site.

amazing ain't it? WHAT COULD THAT MEAN?

toothy: "I notice not one person acknowledged your comment over on that site."

That's it. A brush-off with no further discussion of the differences involved.

But I guess that's to be expected when it's only advice that "is not for the gun nut or the blossoming gun nut but for the guy who wants to protect himself and his property without investing a small fortune".

Nate, thanks for the more detailed explanation. You're dead on about that article being for men more interested in Game than in Guns. That SfcTon spent more time bragging about banging a bombass babe from the DR than on ballistics sure proves that.

Missed that one. My bad.

Oh you're really going to like the second installment.

I was basically OK with what he was saying down to the bit about the AK47 and recoil. He recommends a round 7.62x54R as OK but then complains about the recoil of a 7.62X39. Something is wrong here. Either he's never shot one or more of the guns in question or something else.

Keeping in mind the fact that you can't make a "perfect" gun list for anybody but yourself, I'm willing to cut him a lot of slack over some issues. BUT....

How do you recommend the 9mm for EVERBODY and then down play the 20 gage for women?

This guy must live in state where pot is legal.

Spec Ops Sniper My A$$

If he had made the analogy between the .45 ACP, .45 Colt, etc. it would have been a better argument.
Kiem tra ten mien
Tao web mien phi
Mẹo vặt cuộc sống
Ten mien mien phi
Dien dan hoc seo
Làm đẹp

That is a Badass Table.
I'm just sayin