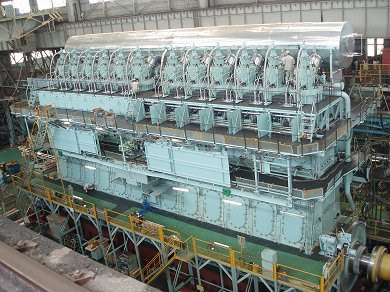 The general public things Kawasaki is a company that makes motorcycles. In truth... they make everything from bridges to massive cargo vessels.
Every engineer in the world should dream of working for Kawasaki. Seriously. The company basicly decides what markets to get into by asking itself... "Would ten year old boys think this is cool?" Ok... maybe they don't... but if they had... the results wouldn't be any different.
Posted by Nate at 5:25 AM