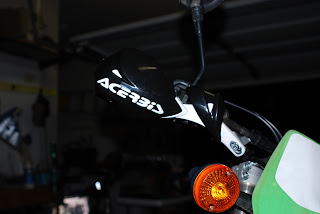 One should be aware that an accessory claiming to be "bolt on" ain't necessarily... and even if it is... there the possibility that there is a great deal more to the story. I found this out today.

See I wanted to install new handguards on the KLX. What it had deflected the wind and bugs... but that's about it. I wanted somthing that could take a lick... save my levers... and maybe even my fingers.
Now... these guards came with mounting hardware. The process seems simple. You put what amounts to a glorified concrete anchor into your handlebars... and put a screw through the end of the guard into that hardware.. which expands and presses up against the inside of the bars. Fair enough.
One problem... My bars are full of steal. Seems Kawi decided the KLX could benefit from some weight in the bars to keep vibes down. 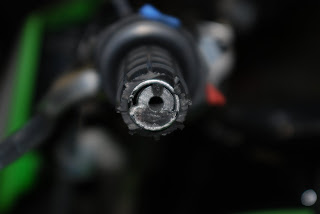 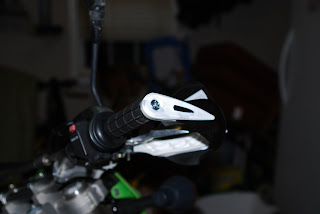