***The following was written March 30, 2009 and posted as a note on Facebook. I suspect its contents will ring a little louder now than it did then.***

Christianity is not an inclusive religion.

Christianity is not a unifying religion.

Christianity is divisive.. subversive.. and dangerous.

Christianity is not a religion of Peace... at least not until the Victory.

We will no longer tolerate the pathetic trade off.. we will not sacrifice the Truth for mere peace within the church. We will not compromise. Black is black. White is white. This is the end.

Paul did not barter the Truth for peace.

Jesus did not barter the Truth for peace.

The time is now. 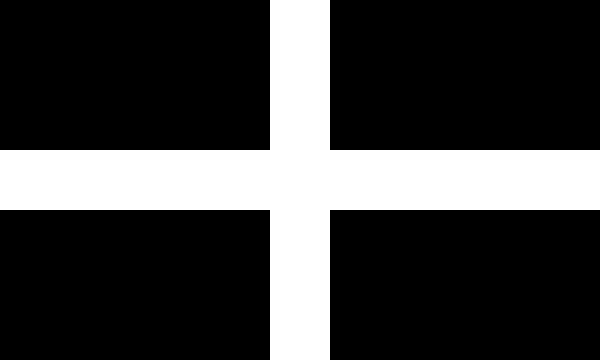 This is our flag.  If you are on our side I encourage you to post this flag on your blog.  Use it as your profile picture on facebook or twitter.  Its time to get off the fence.  Its time to pick a side in this culture war.
Posted by Nate at 8:26 AM

Hope you don't mind if I use this & credit author?

That's what I wrote it for.

Spectacular post Nate. Sometimes the oldies really are the goodies.

OT: What do you think about two women refs at the upcoming Super Bowl?
Unless it gets postponed due to extremely bad weather.

If they have female refs... they will screw something up royally... and we'll all be sexists for pointing it out.

This is one time I 100% agree with you guys that women ruin everything. And they will. This is one sport that women should not be allowed to be on the field in.

Do you think they have a rule about a player running into one and knocking her down? Personally, I would give the team an extra 5 points for managing to knock one down.

I would not mind the refs getting about 20 years younger. Some of the current ones can't keep up on the field. I think that is why there are such bad calls right now. I you can't keep up, you can't see what is going on.

Nate never saw that flag before, where did it originate?

Its Saint Piram's flag Outlaw. A good Catholic has to keep this stuff straight now!

I need a drink, and a cigar. Good thing its Friday.

I am on Team Nate with the black flag. I was thinking of Stonewall Jackson when he said in so many words that the South had better show the Union invaders the black flag, and live by what it meant. They did not, and look what happened to them.

So you've just installed some new bespoke cabinet doors in your kitchen and you're understandably very pleased with them. Having transformed your food preparation area into a space you now look forward to spending time in, you might think you couldn't really ask for more
design dit eget dørskilt