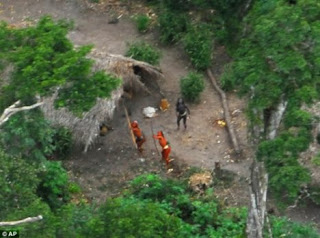 apparently I'm not accountable... unfortunately my beautiful wife can't say the same. For the life of me I can't imagine how she found the time to wreck the global markets... but I digress.

We at the Bloggerblaster would like to share a little bit of information with President da Silva... If it weren't for white people with blue eyes... his country would still be populated with prehistoric neanderthals incapable of comprehending the need for a wheel. I can't help but notice that da Silva spoke while wearing a nice suit... as opposed to a loin cloth. For that, we should all thank white men. He also spoke into a microphone. which was invented by a white man... and his words were broadcast over TV, Radio, and the internet... which again... were all invented by white men. He also happens to be president of a democratic country... democracy... again... invented by white men.

We sincerely invite the Brazilian president to kiss our ass. And we're thankful to white europeans... who have civilized his country to the point that we can safely offer up our faultless hindquarters for such kissing without fear the brazilian reverting to the cannibalistic tendencies of his native ancestors.
Posted by Nate at 5:43 AM