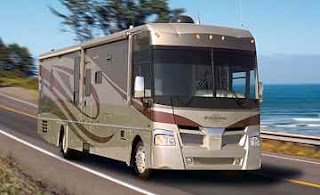 I do not throw the word "epic" around lightly. So when I say we are on the verge of heading out on such a trip... you may trust that hyperbole has not paid a visit.


At 6:30am Thursday morning we roll for the Grand Canyon. 1556 miles. 26 hours driving time. Its been decades since I've seen it. My wife has never seen it. My boys have never seen it. Hell... now that I think of it... they've never been west of Dallas. I fully expect New Mexico to rock their world. 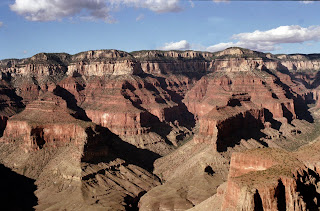 I'm not allowing myself the luxury of a massive itinerary. Its to long a trip for that. I have to stay focused. We're going to the Canyon. After that... who knows. We may head over to Lake Havasu and check out London Bridge... and on the way home I mean to stop in Colorado Springs and check out the Tesla Museum. Monument Valley would obviously be worth a look if its at all possible... but all of that has to wait. For now its the Canyon.

I know I suck at posting pictures and updates from these trips... but I promise to do better this time. I've tested my phone and its working well as a wireless modem. We're all set. Look forward to some ridiculous pictures.

I don't know if you've ever been on an RV trip... but I'll do everything I can to help ya feel like you're coming along on this one.

So... to give you the particulars... we'll be heading out from Nashville west on I-40 all the way to Arizona. All but the last 54 miles will be on I-40. We'll be in our 2005 Itasca Suncruiser. Same RV as the one in the picture up there. Its got the GM 8.1 litre and fully loaded down gets about 7.5mpg. Its got 2 slide outs and all the comforts of home. Every whistle and bell you can imagine is there. Just finished the shake-down trip this weekend and learned I need tires. I've made arrangements to get her shod tomorrow.

The rig sleeps 6. Couch makes a queen bed... dinette makes a bed... and Julie and I get the bedroom. If you count Elkan's crib it sleeps 7. We usually don't worry with the dinette. The rig has Corian counter tops and stainless steel appliances in the fully functional kitchen. Its got more storage than most European kitchens. No offense Spacebunny. We can store several weeks worth of food. Hard to imagine in an RV. The rig has a huge shower in a huge bathroom. Two people can use it... maybe three.

So I've got a CB... I've got redundant heat.. both gas and electric. I've got an Onan generator that puts out 50amps. I've got dual power fridge... gas and electric. The water heater is the only system that is not redundant. I've got a backup camera... nav system...everything a man needs. No seriously... this thing is so loaded it has a remote automatic awning that monitors the wind direction and speed and will close itself if it gets to rough outside.

Of course it has to have that awning. I mean.. we can't be playing Wii on the outdoor entertainment center in the rain now can we? Yes. Yes. This is camping. Wii on an LCD screen... outside. I dare say even Vox could camp like this. And don't tell me we're not roughing it. We're only talking about a 27 inch screen here. It makes that little tennis ball very hard to see.

Oh... and in motion satellite. There is something very satisfying driving down the interstate at 70mph with excellent satellite reception. Oh... and did I mention it has a humidor?

All right boys... more updates as necessary.
Posted by Nate at 7:22 PM